Faced with the COVID-19 or SARS-CoV-2 pandemic, I propose to understand and interpret the social, political, and economic dimensions of this pandemic in order to be able to think about the various edges of the crisis and the disputes that exist around its possible overcoming.

Shortly after the COVID-19 genome sequence was identified by a Chinese state laboratory, it was published openly. The consensus is generalized: open, free, and free access to information about the new coronavirus accelerated the investigations and made it possible in a few weeks to obtain advances that would have taken months if trade restrictions had prevailed. On this level, cooperation and open access worked. Will the knowledge, tests, treatments, and vaccines produced thanks to this open access also be openly and publicly available? Open access is not the same as open science. And here public policies and the behavior of the scientific community will be decisive.

Social distancing or collective processing of the crisis

At this point, the debates multiply. Some authors claim that the virus isolates and individualizes. However, the collective applause, the art on the balconies, the popular dining rooms, or the community spaces in the neighborhoods that try to continue to function without breaking the distancing or isolation measures seem to contradict the absolute nature of this statement. As part of the same phenomenon, we should mention the multiplying groups and chats and the intensification of the use of social networks as a way of communicating with others in a state of isolation.

Faced with a crisis with strong subjective and emotional dimensions, the discourse of distancing or isolation would not be the most appropriate and rather it would be necessary to bet on spaces for reflection, encounter, and collective processing of the situation. How to do it by maintaining prevention measures that prevent the spread of infections. And preserve the groups most vulnerable to the virus?

The economy or life?

This crossroads was raised by many governments and economists and reproduced in the media and articles of various kinds. Given this, we could ask ourselves: is it possible to think and develop an economy for life?

I heard that an economy in crisis recovers but that a lost life does not return. If this is so, it will be necessary to dispute how and under what logic this recovery is carried out.

Faced with isolation, teleworking appears as a solution both to maintain activities in a seclusion scenario. And to ensure certain minimum productivity for companies. But can all workers telecommute? Obviously not and this depends both on the type of activity. And the working conditions and habitat that these workers have. Thus, teleworking is presented as an element that can increase precariousness and social and labor inequalities.

People react to the pandemic from two poles: skeptics who think that everything is the product of some plan designed in a laboratory, an international conspiracy, or a hypochondriacal exaggeration, and those who feel invaded by terror and maintain that the situation is apocalyptic, terminal.

Some data could support fear: for this virus, there is no vaccine, there is no known treatment or cure, its transmission or contagion rate is more than double that of the most frequent and known influenza and its mortality rate is between 50 and 100 times higher than that of that disease.

But to dismiss the place of the media in creating social panic would be naive at best.

Perhaps, for this reason, the World Health Organization, speaking of a second epidemic. The infodemic or epidemic of over information, which includes false or malicious news, fake news.

Faced with the pandemic, the policies followed by governments can be characterized according to their priorities, as Malamud and Levy Yeyati warn.

China put the state and social responsibility first, Europe trusted society and the states seemed to go along with it. And the United States bet on the market and extreme individualism.

The United States, Brazil, and the United Kingdom deny the crisis and abandon their populations; although the latter country had to abruptly and urgently rectify its policies of “nothing happens” and “letting go, letting go”.

Will a reconfiguration of contemporary multilateralism emerge from the policies followed in the pandemic? It seems that China or Cuba (perhaps also Russia) present themselves to the world as countries of solidarity, while the United States and the European powers close in on themselves and look at other nations with selfishness and suspicion. With few exceptions, cooperation, or at least coordination among countries, was absent.

Many governments take advantage of this unforeseen situation to deepen their authoritarian traits and the careless policies of large majorities.

In some countries, states of siege or curfews are established, even before prevention measures or the strengthening of public health, which seem to aim at dissipating street demonstrations and mobilizations that have taken over squares and cities in Latin America and the Caribbean in the last months.

Brazil, Bolivia, Ecuador, or Peru are examples of this. In Chile, the government allocated more resources to re-equip the carabineros for social repression than to strengthen the health system in the face of the escalation of coronavirus cases. Faced with the war against the new coronavirus, militarism grows in the region as a specter that is once again projected on the societies, the resistance, and the most oppressed groups.

Is it possible to maintain mandatory social isolation with informal economies at 40 or 50%?

Undoubtedly, this is a question that will be answered in practice with experience. But it seems that it is possible with the expansion of support and containment of social policies. Perhaps it is time to think about a universal minimum income. For example, as the promoters of the Tobin Tax and ATTAC have been proposing for some decades.

However, I would like to discuss the belief that isolation is something for the middle or upper-middle sectors and that prevention measures are not followed in popular neighborhoods because poverty generates chaos or anomie. In principle, it is perhaps not idle to point out that the resistance of the population with higher incomes to comply with isolation became more than evident. In contrast, my experience with the most deprived populations allows me to affirm that neighborhoods, communities. And territories deploy care strategies in other ways, with other modalities. Of course, overcrowding makes social distance difficult, of course, informal and precarious workers need income every day. But the persistence and potency of community social organization cannot be underestimated. Also to ensure prevention, if necessary, through isolation or distance. The inhabitants of popular neighborhoods comply with it by creating other forms of care and prevention.

The public policies adopted in the face of the pandemic deepen social inequalities.

In an unequal society, crises occur, impact, and are handled unevenly. Within the multidimensional inequalities, we will highlight some.

Gender and care. As Karina Batthyány points out, the measures of social isolation that are being applied in most countries highlight one of the weakest links in society: care. Although women are the most affected, the solution is not only to distribute care more equitably between men and women at the individual level; but because its importance and value are recognized. And can also be provided in part by society and with the State assuming its responsibility.

Generational. Here we can point out both the dissimilar ways in which the virus affects older and young people. As well as the different relationships of different generations with the digital world. The possibility of autonomy of the youngest that is limited by conditions of isolation, and the situation of precarious jobs (home delivery, jobs in shops), which tend to employ young people and who often continue to work without the possibility of isolation or protection.

Educational. One aspect of these inequalities can be derived from generational inequalities since not all students have the same conditions and possibilities of assuming school tasks at home. Unequal is the housing conditions, the possibilities of parents to accompany the exercises, technological resources, access to materials, shipments by the schools. Not all schools and universities have the same technological resources. And this reinforces inequalities that are expressed in their students and teachers and in their environments. Educational inequalities are also experienced by teachers, who are exposed to greater demands. And the expenditure of their own resources that are almost never recognized or rewarded.

Milton Friedman stated that, in a crisis, the actions that are carried out depending on the ideas that “float in the air.” Naomi Klein recovers this in her book The Shock Doctrine. The rise of disaster capitalism (2007) to indicate the induced character of some crises or disasters in contemporary capitalism that feed the shock doctrines.

If we paraphrase Friedman revisited by Klein and passed through the Gramscian sieve, one of the main challenges we have during and after the pandemic is to make “the ideas that float in the air” not those of neoliberal, extractivist and predatory capitalism. A hegemonic dispute.

Based on what we analyze here, it seems that one of the certainties of a non-neoliberal (hopefully non-capitalist) way out of this pandemic will be the strengthening of public health systems. Another should be the universal basic income that guarantees a minimum income for the entire population.

Likewise, this conjuncture reopens and fuels discussions and disputes for the public, usually. How to continue to dispute public space with empty streets? Raoul Vaneigem argues that confinement does not abolish the presence on the street, it reinvents it.

Persevering in the public and common and putting life at the center is a proactive path for today. And for what is to come.

Assuming that prevention is fundamental at this time and perhaps in the years to come. It seems that social responsibility and solidarity. Together with comprehensive, situated, territorialized, unique. And effective public policies (not only state) are a possible path of change. of logic and construction of alternatives. I am referring to other public policies to counteract the social mechanisms of production. And reproduction of inequalities and to advance towards the production of diverse equality, which recognizes and is configured from the difference. 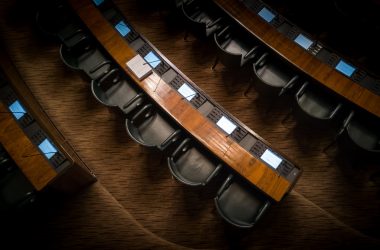 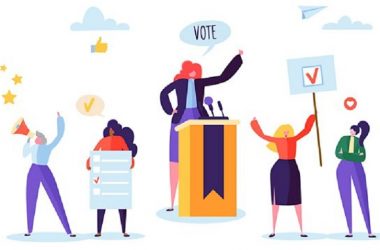 How to get involved in politics? 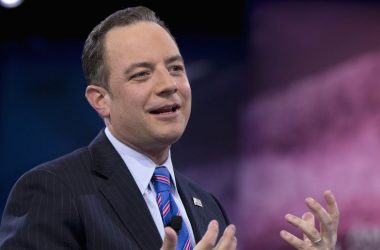